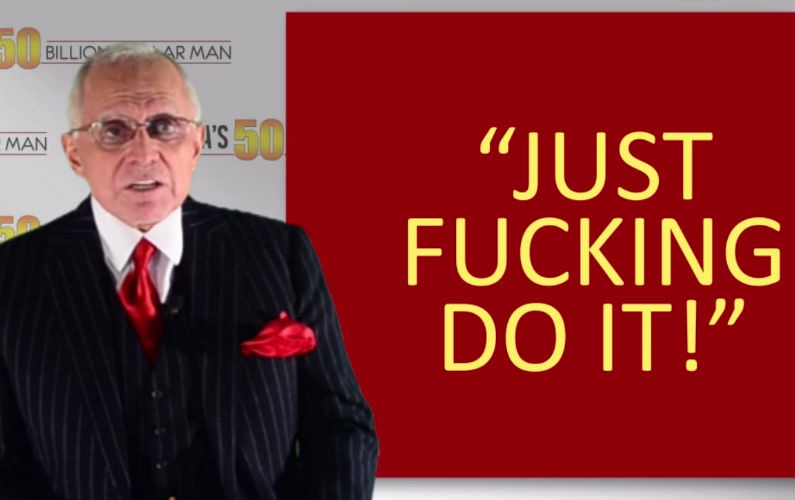 If you haven’t heard of Dan Pena, then you’ve been sucking the teat of Tim Ferriss for too damn long. Dan is an older man, is known for talking smack… just so you get the message and finally get off your ass.

He’s most notable achievement is taking $820 and turning it into more than $420 million in less than 8 years.

How did he do it?

Through focus, determination and a no bullshit mentality.

1. You read too much

Sounds crazy right? But Dan says, most people just read too much. What he means isn’t what you’re probably thinking. He’s saying that you read to much and don’t ever take action. You’re reading basically to fill the void and not do anything else with your time… like take ACTION.

2. You hang out with losers

If they are there just sucking your time and can’t help you get to where you want to be… ditch them!

3. You don’t beat yourself up for being lazy

Have you ever felt lazy, like you just wanted to watch Netflix and eat Pringles in your underwear? Of course, we all do! But the difference between you and high achievers is that they will beat themselves up mentally and MAKE themselves get up and go to the gym or do something they don’t want to do.

As soon as you let that lazy part of your mind win. It’s game over.

You haven’t seen anything yet. Here’s a podcast where you will here the RAW version of him, simply amazing: