Home
Lifestyle
Goal Setting: How To Achieve Anything You Want In Life 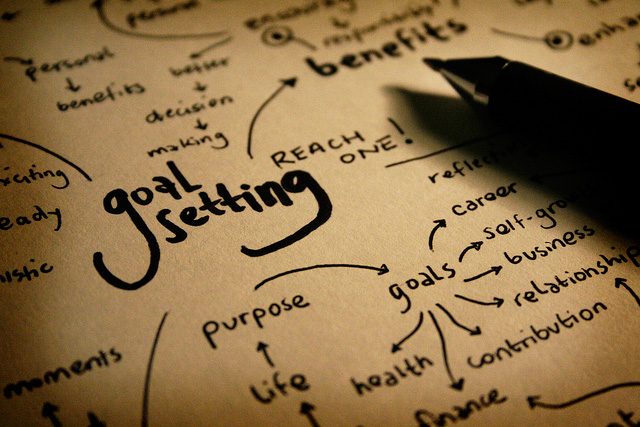 How many times have you tried goal setting in your life only for it to fail soon after? Well let me tell you why…

Most people tend to do a couple of things wrong:

Today I want to show you a method for goal setting that is going to change the way you think forever. It’s also going to get you what you want much quicker too.

There are tons of apps and programs out there for goal setting which can work. However, nothing is ever as effective as writing your goals down on paper. Humans have been writing things down for centuries and only really using apps for a decade or two, so it’s in our nature to work from paper more easily.

Specificity is the secret to goal setting. The more specific you are the more chance you have of achieving that goal. So instead of saying something like “I want to be UFC champion” which is just a very broad dream. You have to chunk it down to a gradual level and map out your daily goals. So you would have something like:

“I will be UFC champaign in the heavyweight division in the year 2020.”

You see a pattern here? You keep chunking until you get to a point where each goal is easy and is intertwined with other goals, so that eventually you will get to your main goal of becoming champion over several years.

Obviously each goal is different, so some goals will be achieved quicker than others.

Notice that I added a timeframe of 2020 also? It really helps if you can be as specific as possible with your dates. Because it prepares the mind.

Most people think that by writing their goals down, they will magically achieve them. This is not the case. You need to work on them EVERY DAMN DAY. Even if it’s just something small like a phone call or quick gym session. It’s all leading to that eventual goal.

So there you have it.

Get yourself a big notebook and write down your goals NOW.